September 03, 2018
In Green Bay, Wisconsin and looking for some good German food? Lorelei Inn may be the place for you. Built in 1926, this restaurant was named after a woman in Germanic folklore named Lorelei. She falsely accused of bewitching men but was soon pardoned. Unfortunately her victory would be short lived. She climbed a rock looking for her unfaithful lover, slipped and fell to her death. Lorelei Inn has only been owned by two families and doesn't have a seedy past. However, it is believed to be haunted by several spirits. Footsteps have been heard in the upstairs area. One of the spirits believed to haunting this restaurant is a former owner named Leonard Hack. He supposedly hangs out at his once favorite place, the bar. Many have felt his presence there as well as smelled cigarette smoke. He is also believed to visit the basement area where the office is located. Objects move around on their own, sometimes pots fall off hooks. The TV turns on by itself. There's also a haunted ta
25 comments
Read more

December 14, 2017
The Liderc may appeal to the sexual interests of readers. This vampire-like being share a similar quality with the Succubus or Incubus. They tend to "love someone to death" with sexual activities. According to Hungarian folklore, there are three varieties of Liderc. The first and more traditional form is that of the csodacsirke. One hatches from the first egg of a black hen kept warm under the armpit of a human (there are variations of this). It can take form of a chicken or human but always has one goose foot. The Lidérc attaches themselves to people and becomes their lover. If the owner happens to be a woman, they will morph into a man. However, it doesn't have the desire to pleasure the woman. Instead, it fondles her, sits on her body and sucks her blood, making her sick and weak. It also carries out tasks to find treasure. This generous gesture would soon become annoying as it demands more work constantly. There are two ways to rid yourself of this Liderc. You can g
23 comments
Read more 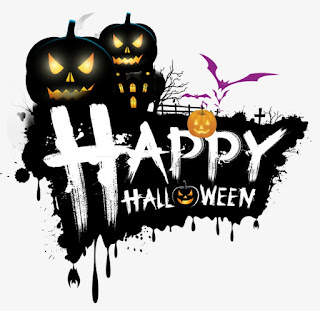 Be safe and have a great Halloween!
52 comments
Read more

October 16, 2017
When you first look upon Oak Alley Plantation in Vacherie, Louisiana, it's a home out of the movies. In this case, that statement is more true than anything. Oak Alley has appeared in films such as Primary Colors, Interview with the Vampire and more recently Stay Alive. But is such a beauty haunted? Oak trees line the walk and frame the house, adding to its exterior appeal. Planted 300 years ago, they may have brought the same to another home owned by a French traveler. Jacques Telesphore Roman met and married  Marie Therese Josephine  Celina Pilie in 1834. They purchased the house in 1836 and Celina's father Joseph Pilie, an architect, possibly provided the design. The house took approximately two years to complete. In the end, Celina Roman named their beautiful home "Bon Sejour" but travelers dubbed it Oak Alley for the avenue of mighty oaks. Jacques died in 1848 from tuberculosis, leaving Celina to manage the business affairs. She was inexperienced and her ince
8 comments
Read more

September 28, 2017
Some places just don't have a complex history to explain why they are haunted. Sometimes its just simply something bad happened and the spirits stayed behind instead moving on. Here are two places in Iowa: On Conover Road near Calmar, it is said a family of four died on this road near some evergreens. It's uncertain if this accident ever took place or not but passersby have seen four shadows on the spot where it supposedly happened. And then there's Birthday Bridge in Mount Pleasant. Birthdays are suppose to be a time for celebration, but according to local legend, one girl wasn't in the mood to celebrate hers. She decided to hang herself from the bridge on her birthday. Supposedly, witnesses can see her spirit hanging from the bridge on that exact day. However, it is unknown if anyone ever hung themselves from that bridge. If a girl did, her identity is no known either much less when her birthday was. I'm guessing there haven't been many witnesses who hav
5 comments
Read more

September 26, 2017
You've heard of the movie Poltergeist, right? The fictional tale shows what could happen if you disturb a cemetery in the name of progress. The citizens of Pegram, Tennessee may have learned that lesson the hard way as well. The Pegram Family Cemetery sat deteriorating until the 1970s when a group of developers decided to raze the land running along a stretch of Harpeth River. The idea was the build small homes on concrete slabs. Good in theory but selling the soil from the cemetery as fill dirt possibly created a problem. Five years after the project began, the river rose 30 feet, unearthing the coffin of Miss Carrie Pegram Heath. She was probably reburied but could she be the only one not properly removed? The constant unusual flooding of the new homes was just one thing on a list of Pegram's bad luck. That cemetery fill dirt was used all over two Tennessee counties. The Town Hall has had it share of problems including large legal fees. The local supermarket burned down.
12 comments
Read more

March 23, 2017
If you’re a resident of Kemnay in Scotland, you may have heard of the legend of Maggie Duffton. She once owned the Burnett Arms Hotel, a quaint hotel dating back to the 1800s. Maggie died in 1931. Her wishes was to have three coffins made. One was to be buried in a family grave in the Kemnay Cemetery. The other two, one containing her body and the other her money, was to be walled up in a vault in the hotel cellar. Seventy-eight years later, Malcolm Edwards, current hotel boss, is determined to prove the legend’s validity once and for all. Along with local stonemason Karl Bisset, the plan is to open up a solid cellar wall. A probe camera was pushed through a tiny wall to reveal a framed photograph and box. The demolition date was set for July 11th. Villagers were even invited to watch the unveiling on a large screen in the bar above. I could not find any word of what happened. Maybe there was nothing to tell. Even though Edwards doesn’t believe in ghosts, he says there is an unknow
9 comments
Read more
More posts