Showing posts from January, 2011
Show all

January 31, 2011
What do you think is the best paranormal evidence ever collected?
1 comment
Read more 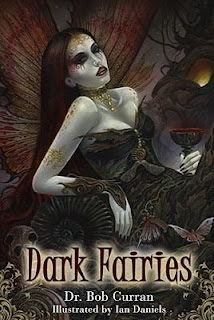 Career Press, July 20, 2010 Paperback, 192 pages ISBN: 9781601631107 Ordering Information: Amazon.com We all know about fairies-- they’re usually helpful, ethereal creatures in children’s stories and Walt Disney films, flitting about doing good, right? Wrong! In ancient times, the concept of fairies was rather different. They were the often-dangerous embodiment of the land, dark and unpredictable spirits that watched Humanity with a jaundiced and hostile eye. And, according to conventional folk wisdom, they were to be feared rather than trusted. Indeed, in their original form, many of our “fairy tales” read more like late-night horror stories. Dr. Bob Curran investigates the folkloric roots of the fairy kind, tracing their origins from the sprites and maenads of Classical times to the sanitized versions of the English Victorians. Among other aspects, he examines the connections in the Christian mind between the fairy kind and demons; the links between fairies and
1 comment
Read more

January 28, 2011
Binnenveld House or Huissen House was built in 1735 and is one of Holland's most haunted houses. This one house has the citizens of Huissen divided into two groups: the believers and the nonbelievers. For years, kids didn't feel comfortable playing near the building. Locals passed the house as quickly as they could to avoid the feeling of being watched by its round windows. The numerous deaths and bad luck associated with the house has led to its notorious bad reputation. In 1770, hundreds of Huissen residents fled to the house, seeking shelter from a flood. Unfortunately, it wasn't enough to save 200 of the town's inhabitants. During World War II, a German soldier was killed inside Binnenveld and supposedly four females committed suicide in the attic during different years but by the same method of hanging. Several former owners experienced various amounts of bad luck before and after purchasing the house, including two famous Dutch celebrities. The first victim wa
3 comments
Read more

January 26, 2011
UPDATE - The contest is closed and winners have been notified I'm ashamed to say I have neglected my little giveaway for almost two months now. I can blame the holidays, writing or whatever else for poor management but at the end of the day, it sits idly with very few entries. So, please allow me to reorganize. The same prizes are up for grabs. Two winners will be randomly chosen using Random.org. One will receive a brand new copy of The Walking Dead Vol 1: Days Gone Bye . This is the first six issues of the comic book version of the hit AMC show. The second winner will receive a used copy of Pride and Prejudice and Zombies . Anyone who is a fan of Jane Austen and zombies will love this book. The previous rules were slightly vast. So, allow me to make it simple. Leave a comment with your answer to the trivia question, name and email and you're entered. If you've entered already according to the old rules, you need not have to provide another entry again. Yours has been
1 comment
Read more

January 23, 2011
This particular place caught my eye after learning about it on The History Channel. It's called El Camino de la Muerte a.k.a The Death Road. Why is it called The Death Road? Over 200,000 people, about 150 people each year, have died since this road was constructed. They don't have an exact number of deaths as many buses with unregistered passengers have ended in accidents. It seems like buses are the ones most often having accidents on that road. Located in Bolivia, it is the only way to get from La Paz to the Amazon. They are in the process of building a safer route but after many years and millions of dollars, they are still not close to finishing it. One particular man was traveling with his wife and child on the road in a bus. The bus tumbled over the edge, about a 2,000 ft drop. His wife and child both died, but the man survived. After the man recovered a bit, days after the accident, he traveled on the road once again in another bus in search of his child's body w
4 comments
Read more

Some Traditions Must Come to an End

January 19, 2011
Edgar Allan Poe, the American literary master of the macabre who penned poems such as "The Raven" and grisly short stories including "The Tell-Tale Heart," "The Fall of the House of Usher" and "The Pit and the Pendulum" as well as the first modern detective story, "The Murders in the Rue Morgue" died in 1849 in Baltimore at age 40 after collapsing in a tavern. Sometime in the 1940s, an anonymous man began the annual tribute at Poe's grave on the anniversary of the writer's birth. The "Poe toaster" was always seen dressed in black, wearing a white scarf with a wide-brimmed hat. He always left three roses and a half-empty bottle of cognac and later a few handwritten notes. This tradition was first referenced in print in 1949 by The Evening Sun of Baltimore. After more than 60 years, the mysterious man and his tribute were a no show last year. Many believe he may have had car trouble or fallen ill. Today, many Po
3 comments
Read more 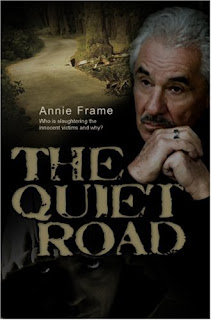 Vanguard Press, November 27, 2009 Paperback, 313 pages ISBN: 978-1843865674 Ordering Information: Amazon.com Frankford Lucas is the chief superintendent in the local police force. He is well respected and well thought of. However, he has a secret. Ever since childhood, he has visited The Quiet Road, an old cobblestone street where he always encounters a cloaked figure who magnetically draws him closer in his dreams. He considered this Quiet Road as a sanctuary, but events unfold to prove otherwise. Gruesome murders are being carried out and trophies begin turning up in his flat with no rational explanation. Who is slaughtering the innocent victims and why? Profiler Lenny Docker introduces a clairvoyant into the investigation and The Sarsaparilla Duchess, seems to know more about Frankford Lucas than she should. In time, Frankford Lucas learns the true secret of The Quiet Road and realises he is dealing with a force beyond his control. Can he save his soul from da
1 comment
Read more

January 12, 2011
I've heard several stories concerning cemeteries and tombstones. You would think a legend about a glowing tombstone would be a work of fiction. However, several states including Texas and Missouri have their own version of the Glowing Tombstone. This post concentrates on the Benton, Kentucky version. Legend states an old married couple lived near a cemetery. One night, they heard strange activity coming from a nearby barn and believed it to be cult activity. The old man decided to check out what this cult was doing. When he didn't return, his wife went to search for him. She found him dead, hanging in the barn. Now, his tombstone glows at night to warn others his vengeful spirit is still waiting in the barn for the men who killed him. Supposedly, the house the couple lived in is gone. There were attempts to build a new house on the property for a new couple. However, it mysteriously fell down. The barn still stands. From what I understand, the exact location of the tombst
1 comment
Read more

January 10, 2011
Do you think the 9/11 attacks on the World Trade Center and the Devil's Bible have some sort of connection?
4 comments
Read more

January 05, 2011
Many flock to Niagara Falls, Ontario, Canada to bare witness to its romantic setting. However, its beauty doesn't overshadow a local legend. The tunnel is located in the northwest end of Niagara Falls and was originally built to be a rail tunnel in the early 1900s. The only problem was the Grand Trunk Railroad went bankrupt after World War I and it was never finished. Even though the tunnel was abandoned it would never be forgotten. Over a century ago, a farm house located near the tunnel caught fire one night. A girl, clothes engulfed in flames, ran screaming from the house into the tunnel in the attempts of putting it out. Unfortunately, she collapsed and died inside the tunnel. There are variations to this story. One states an enraged father sat his daughter on fire in the tunnel after learning his wife was rewarded custody of their kids in a nasty divorce battle. Another story reports that a young girl was raped inside the tunnel and her body was burned to cover the evidenc
5 comments
Read more

January 03, 2011
I know the winner of The Walking Dead contest was to be announced yesterday. However, due to low entries, I have decided to extend the deadline by another month which means you have 28 more days to get your entry in. Be sure and read the rules carefully. Now on to this week's question. What supernatural discoveries do you believe will be revealed in 2011?
1 comment
Read more
More posts