Showing posts from September, 2012
Show all

Reader Submission - Photo of a Banshee 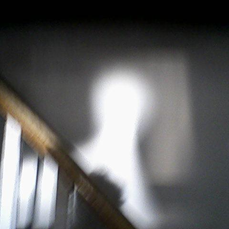 The following photo was sent in by Elizabeth. Do you think it's a Banshee? This is a photo snapped of what I believe to be a Banshee? It was taken, via cell-phone camera approximately 1 week before my step-father’s cousin died. His mother was on her way up to his room to check on him, as she turned the corner, only to see this! Having her cell-phone in hand she quickly snapped the shot, interestingly enough the cell-phone would no longer work after taken the photo, she could not shut it off or move the pic in any way? I recently decided to do some research on the subject and came upon your web-site, any feedback you can provide would be interesting to our family.
5 comments
Read more

September 19, 2012
The White Eagle Saloon was considered the place to be for men from all over the world who worked on the docks. It wasn't just the thirst of alcohol that kept them coming back. The White Eagle Saloon depicted much of the seedier side of frontier life in the 1900s. Two Polish immigrants, Barney Soboleski and William Hryszko, opened the White Eagle in 1905 to offer other Polish immigrants a place of after-work recreation: pool, cigars, poker, liquor, beer and for the right price patrons could indulge in a brothel upstairs or an opium den downstairs. It earned the nickname "Bucket of Blood" from frequent brawls that erupted in and around the saloon. However, it didn't stop the trolley from dumping men at its doorstep until 1916 when Prohibition put a stop to legal drinking. Then, The White Eagle became the "it" place to get ice cream cones and those wanting a good stiff pop could still get the goods down in the basement, below the "soda shop." Once
2 comments
Read more

September 05, 2012
Tonight is the premiere of Ghost Hunters 2nd half of Season 8. Their first investigation without co-founder Grant Wilson will take place in the Old Charleston Jail located in Charleston, South Carolina. In 1680, the city of Charleston set aside four square acres of land for public use. Over the years it was a hospital, poor house, and workhouse for runaway slaves before being turned in to a jail in 1802. The original building consisted of four stories with a two-story octagonal tower. Robert Mills, America's first native-born architect, designed a fireproof wing with individual cells in 1822 which was replaced in 1855 by a rear octagonal wing by Charleston architects Barbot & Seyle. The 1886 earthquake damaged the tower and top story of the main building so severely they had to be removed. The gallows remained in the courtyard until being destroyed by Hurricane Hugo. The jail never received indoor plumbing, electricity, running water, or glass in the windows (the guards quart
2 comments
Read more
More posts