June 01, 2013
There are a good bit of people that don't remember much about their childhood. Me, I remember a very scary part of my childhood that started when I was 7 years old. I haven't told too many people in fear that I would be considered crazy, but then shows like "Celebrity Ghost Stories" on cable.tv came out and showed me I was not alone. 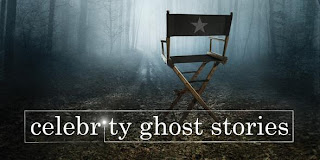 Everyone has heard stories of seeing a shadow or shadow man. I saw one when I was ten. I am an identical twin and my brother and I shared a room in our childhood home. The first time I remember seeing this shadowy figure was floating over my brother’s bed. At ten years old you start to fear the boogeyman a little more. I remember being scared to not go asleep at night. My brother never stirred. It just consistently floated back and forth over his bed and eventually disappeared through the wall. I remember it like it was yesterday. The room was so dark, I had to rub my eyes to make sure I wasn’t seeing things and I wasn’t.

As the years went by, I saw the shadowy figure on an irregular basis. It never scared me or even awoke my brother. It was always by him. It never ventured to my side of the room. I guess I had mentioned it to my mother a few times, but of course she told me I was seeing things or having nightmares. After a while I just started believing that I was really going crazy. Not fearing this unknown thing or feeling threatened was about to change.

It was a very warm summer night; I was 15 years old at this point. After a severe thunderstorm had taken the electric out, we had to open the windows to cool down. We had cold fried chicken and played board games by the candlelight. Then at 9pm, it was bedtime. There was a consistent steady breeze flowing through the windows of the house. I was just about to fall asleep when the shadow figure caught my eye. It was over my brother’s bed, as usual, but the air felt different. For it being about 90 degrees outside, our room felt like an icebox. Watching this thing over my brother’s bed, I suddenly felt anxious as it began to levitate him over his bed. The shadow figure had merely been just a presence until this point. He was lifted almost to the ceiling and then began to move towards the door. When it took him past me I began to scream for my mother. The shock of my scream must have spooked the figure because my brother fell from the air on to the floor with a thud. My grandmother rushed in to comfort him, but the figure I kept referring to was gone.

Many nights passed in that tiny home without seeing the shadow man. I wondered if we really had scared it away. I will admit it was peaceful knowing it was no longer there, but a part of me wanted to see it again. When my mother sold the house I often wondered if it ever came to visit the new owners.

Eddie D. Shackleford loves talking about paranormal activity and has experienced his own encounter with the paranormal world. He experienced a lot of these events when he was a little boy. Eddie is also an avid writer. You can follow Eddie @Eddie20Ford.
Reader Submission

Jose Prado said…
Thank the Gods he screamed, otherwise that thing may have taken his brother. I wonder however if it was attached to the brother not to the home.
4:59 AM

Anonymous said…
I am wondering the same thing, Jose. It sounds like whatever it is it was interested only in his brother. I wonder if the writer's twin brother has had any other experiences since that time.
11:23 AM