Showing posts from May, 2011
Show all

Ghostly Thirteen was inspired by the Thursday Thirteen meme. You list thirteen paranormal-related things, for example your top 13 posts (if you have a paranormal blog), mythical creatures, gods, haunted houses, etc... All is welcomed to participate either in the comments section or your own blog. Theme is up to you as long as its paranormal related. My Theme – 13 Reviews 1. Destination Truth 2. There's Something Under the Bed By: Ursula Bielski 3. DRACULAS By: Jake Strand, Blake Crouch, F. Paul Wilson and J. A. Konrath 4. Celebrity Ghost Stories 5. Ghost Adventures 6. Mary Knows Best/Fact or Faked: Paranormal Files 7. Thripz By: Robert Farley 8. St. Francisville Experiment 9. Celebrity Paranormal Project 10. Jonah Knight 11. Lawson Family Massacre 12. Dragon Creed By: Susie Hawes 13. Beast Legends
2 comments
Read more

May 30, 2011
Do you listen to paranormal themed podcasts? If so, which ones?
1 comment
Read more

May 28, 2011
There is nothing worse than a ghost – unless it is a ghost inhabiting some of your beloved family heirlooms. In the new Syfy reality series Haunted Collector a family of paranormal investigators hunt down haunted items bewitching their frightened owners. Follow paranormal researcher John Zaffis each week as he and his family investigate some of these terrorizing objects in homes across the country. In the premiere, the team digs deep as they literally go hunting after a haunted item under a house with a metal detector. Watch the clip and tune in to the premiere on Wednesday, June 1 at 9/8c only on Syfy to see what they unearth!
4 comments
Read more

May 25, 2011
There are two haunted tunnels in Chillicothe, Ohio, one being the Schrader Road Tunnel. It is believed a woman and her child died inside this tunnel. The manner of death depends on who you ask. A common version has the woman putting her infant on the railroad tracks just as a train approached. Another has her slitting the baby's throat and then hung herself. The second story may bleed in to the alleged death of a second woman at the tunnel. This woman was murdered either by hanging or killed first and then hung from a tree branch at the north end. Whether or not these deaths occurred, Schrader Road Tunnel has its share of paranormal activity. If you drive through the tunnel with your lights off and windows rolled down you can hear the cry of a baby. Sometimes hand prints are found on the back of the car. Other reports include strange sounds, shadow or apparition of the woman, laughter of children, cold spots and a dark figure with red eyes. The murdered woman is also seen from
1 comment
Read more

May 23, 2011
Do you think there may be a zombie outbreak in our future?
1 comment
Read more

May 22, 2011
Several people email me about sharing links to their websites or blog posts or I come across articles and always seem to bookmark them. Then, forget about them. They sit in my favorites folder forever until I get the urge to purge which doesn't happen often. So, a Facebook page seemed like a logical solution. Ghost Stories the Blog is name chosen mainly because the term "Ghost Stories" is rather popular. It'll feature links to articles, websites, blog announcements and blog posts. Feel free to make comments or add your photos and videos. So, hop on over and give it a "Like" and a hello. It's feeling a bit lonely right now. :o(
3 comments
Read more

May 18, 2011
Some establishments embrace a haunted status whether there be any validity to the claims or not. The Finney County Preservation Society who took ownership of the Garden City's Windsor Hotel is not certain it has a paranormal presence despite what others say. However, there is consideration of the idea if only to save it from the same fate others before it have fallen prey to. John A. Stevens gave an Opera House to the Kansas city in October 1886 and decided to continue to aid in its growth with a hotel on his homestead site. Using Stevens & Thompson architects and builders, he broke ground on February 22, 1887. After almost a year, the hotel had a reported 126 rooms, but it took another two years of construction before the Windsor Hotel was ready for occupancy. With a price tag of over a $100,000, the hotel was complete with 126 rooms, a large dinning room/restaurant, atrium, balconies with mahogany balustrades surrounded the court on three sides, grand staircases, large parl
1 comment
Read more

The Paranormal Has a Musical Following

I have reviewed books, TV shows, and the occasional movie, but not so much music. There seems to be a bit of a shortage on paranormal related music. Not horror. Paranormal. I was asked to give an Indie paranormal modern folk singer/songwriter a chance. Honestly, I haven't heard a lot of folk music that has grabbed my attention in the past and I know there has been some great singers who have bulldozed the genre in to the population's hearts. I have an eclectic taste in music and was willing to give Jonah Knight a try. Jonah Knight is someone who has experimented music with several bands including taking a break for writing plays. After six years as a playwright, he picked up his guitar and approached music with a clean slate. Knight has recorded four albums, including a soundtrack to the novel Nobody Gets the Girl by James Maxey , and is currently working on his fifth, another novel (steampunk theme) soundtrack. He sings and plays about ghosts, monsters, superheroes and pirate
2 comments
Read more

May 06, 2011
There are several Hudson Houses located in the United States. However, little is known about the one located in Ashland, Alabama. It is believed the little old house situated in the middle of nowhere may have been built in the early 1900s, but records have not been found to prove this. There is a story of the house being a brothel at one point in its history. Wayward politicians drive out to have a little x-rated fun. There is no evidence to support this. So, for now, I leave it to be a work of fiction. Could it have been the home of a singular family line? Generations called it home until it became vacant and boarded up? Possibly. Because of the little known validated history and the numerous alleged accounts, this little house is on the paranormal radar. Some say if you walk around the house you can hear voices or screams and footsteps. Sometimes even a dog panting or growling. Face the front of the house and feel a tap on your shoulder by an unseen hand. The front door opens and
3 comments
Read more 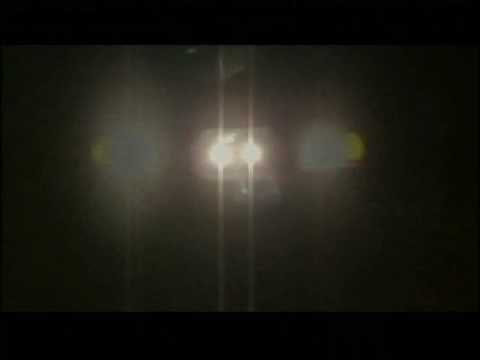 St. Francisville Experiment was suppose to be an actual documentary about a night in an actual haunted house. It starts off with the producer telling the audience that everything presented in the movie was true. When you actually see the movie, you learn it is anything but that. It is allegedly a film marketed as a real version of the Blair Witch Project. In order to do this, they needed a ghost story and a location to film. St. Francisville, Louisiana is known for its hauntings, making it a perfect location for this movie. The actual ghost story that inspired it was that of the Madame Delphine LaLaurie. She was married to a doctor named Louis LaLaurie and they lived in a beautiful mansion in the French Quarter. According to the story, she was particularly cruel to the slaves they owned. She kept one woman chained in the kitchen and was never allowed to leave. It was thought this female slave was the one who started the fire at the Lalaurie house thus allowing the world to discover
2 comments
Read more 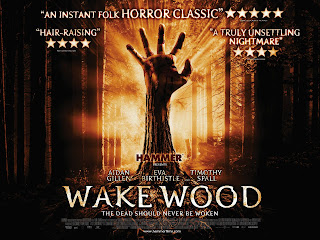 What if you lost a child tragically. What would you do to have one final moment with them? Hammer Films takes on this question in one of their latest movies Wake Wood . Vet Patrick and Pharmacist Louise Daly loss their only child to that of a crazed dog attack. They relocate to the remote Irish village of Wake Wood after learning of their unusual tradition. Inhabitants participate in a pagan ritual which brings back a person one year after their death for three days. This ritual allows a deceased to say their final farewells to their loved ones before making their final journey to the spirit world. Patrick and Louise are faced with two realities: their nine-year-old daughter Alice is dead and there's no possible way to conceive another child. They take over the local veterinary clinic. Then, make their pleas to the villager's leader, Arthur, to get those three precious days with their daughter. They accepted the villagers rules, but breaks them after Alice returns and pays a
2 comments
Read more

May 02, 2011
While many celebrated the announcement of Osama bin Laden's death, some are waiting for proof. Why? Because it was reported in December 2001 that Bin Laden had died either in the Battle of Tora Bora or by a fatal ailment. Do you believe Navy SEALs located and killed Osama bin Laden in a weekend raid on his compound in Pakistan or died in 2001?
Post a Comment
Read more
More posts