April 01, 2011
The "Battle of Los Angeles" also known as "The Great Los Angeles Air Raid" is believed to have triggered the era of official UFO secrecy by the U.S. government. The incident occurred less than three months after the United States entered World War II as a result of the Japanese Imperial Navy's attack on Pearl Harbor and five years before the "capture" of a "flying saucer" in Roswell, New Mexico. The target of the aerial barrage was thought to be an attacking force from Japan especially since the alleged attack came one day after the Bombardment of Ellwood, Japanese submarine attacked coastal targets near Santa Barbara, California in 1942.

Air raid alarms throughout Los Angeles County were triggered on the night of February 24th-25th. A total blackout was ordered and thousands of air raid wardens were summoned to their positions. At 3:16 a.m., the 37th Coast Artillery Brigade began firing 12.8-pound anti-aircraft shells into the air at a reported aircraft. A minimum of 1,430 shells were fired that night. Pilots of the 4th Interceptor Command were alerted but their aircraft remained grounded. The artillery fire continued sporadically until 4:14 a.m. The "all clear" was sounded and the blackout order lifted at 7:21 a.m.

Several buildings were damaged due to friendly fire. Three civilians were killed by the anti-aircraft fire and three others died of heart attacks attributed to the stress of the bombardment. Millions of people witnessed the incident and it quickly became front-page news throughout the nation. Secretary of the Navy Frank Knox held a press conference within hours of the air raid, stating the entire incident was a false alarm due to anxiety and "war nerves". General George C. Marshall believe the incident may been caused by commercial airplanes used as a psychological warfare campaign to generate panic.

When documenting the incident in 1983, the U.S. Office of Air Force History also attributed the 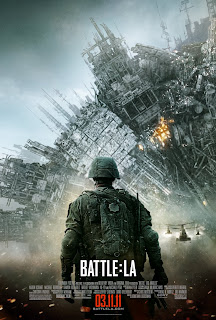 event to a case of "war nerves" likely triggered by a lost weather balloon and exacerbated by stray flares and shell bursts from adjoining batteries.

Some press outlets suspected a cover up and speculations began to run rampant concerning invading airplanes and their bases. Some theories included a secret base in northern Mexico and Japanese submarines with the capability of carrying planes. Others believed it was either staged or exaggerated to give coastal defense industries an excuse to move further inland.

Today, when we see the infamous LA Times photograph, we automatically see the saucer-like object highlighted in the light beams and think UFO. The U.S. Office of Air Force History concluded it to be a weather balloon. However, other explanations included "slow-moving blimp", "mass hallucination triggered by war hysteria", and "light reflection".

Whatever triggered the air raid, the infamous LA Times photograph put the Fact or Faked crew in to debunking mode in an effort to come up with a plausible explanation. However, they were unable to accurately reproduce the photo. The incident did manage to inspire several films including the latest blockbuster released by Sony Pictures titled BATTLE: LA (currently in theaters), starring Aaron Eckhart and Michelle Rodriguez. In the movie, a Marine Staff Sergeant who has just had his retirement approved goes back into the line of duty in order to assist a 2nd Lieutenant and his platoon in an effort to reclaim the city of Los Angeles from alien invaders.
Mysteries TV/Movies/Books Video Clips

Courtney Mroch said…
This is AWESOME, Andrea!!!! I was so curious about this incident after hearing the movie was based losely on this real life event that had happened. I wanted to look into it more, but haven't ahd time. Your nice post answered all my Qs. THANKS!!!!
9:26 AM